Surge protection for LED lighting is very important as all the benefits of these luminaries help us very little if the whole system stops working at the first major storm. 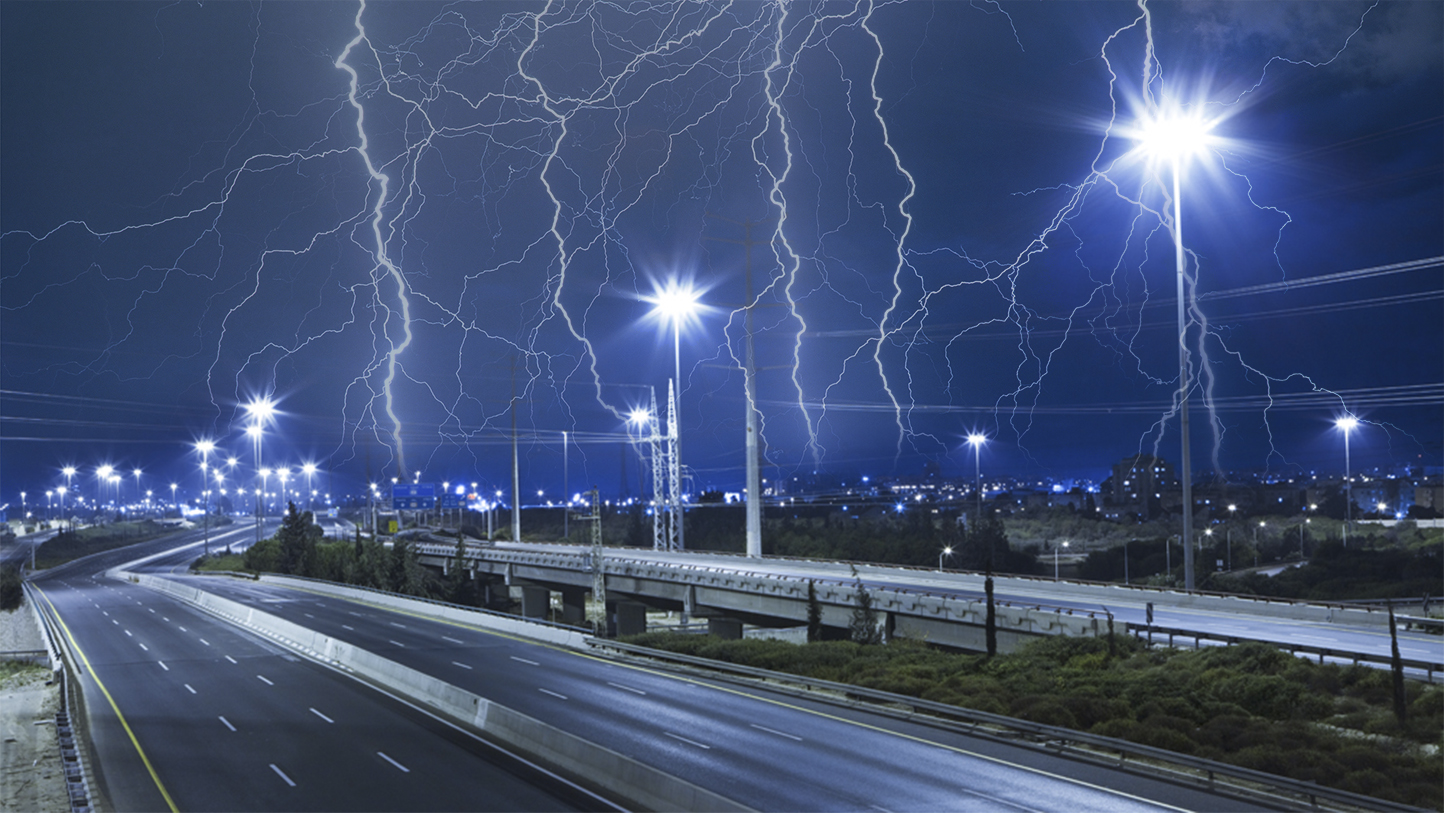 In the field of street lighting and signaling, LED technology is becoming increasingly popular, mainly due to its lifetime, lower maintenance costs and exceptional energy efficiency. Because they produce "directional" light - light that is emitted in one direction instead of diffused glow - LED lamps can be used to direct light to specific areas. Unlike compact fluorescent lamps, they can be dimmed, allowing for greater flexibility in controlling light levels. Some cities have even used LED lights to create smart effects, such as. increase in brightness when a pedestrian appears at the passage. By switching on solar cells, however, LED lights can become fully self-sufficient and even send excess energy back to the grid when connected to i.e. "smart" energy network.

There are several factors influencing the quality of street lighting (proper lighting and minimizing the negative impact on the environment), namely heat or heat. thermal protection of the lamp, optics (determines the distance between the individual lamps), color of the emitted light (ideal is a very warm white color that is friendly to humans and animals), efficiency (depends on the quality of the built-in power unit, which must ensure reliable operation of the lamp even in extreme conditions), lifetime and last but not least, overvoltage protection of lighting.

There are a number of possible causes of overvoltage conditions:

- Switches in the power system or in nearby industrial facilities; it produces overvoltage of up to 6 kV and occurs much more frequently than lightning strikes (up to dozens of times a year). In this case, overvoltage protection is required since, according to Osram, LED power supplies most often have overvoltage protection of up to 4 kV (to be more precise, standard IEC 60364-4-443 requires surge resistance of up to 1.5 kV for category I devices, and up to 2.5 kV for category II devices). 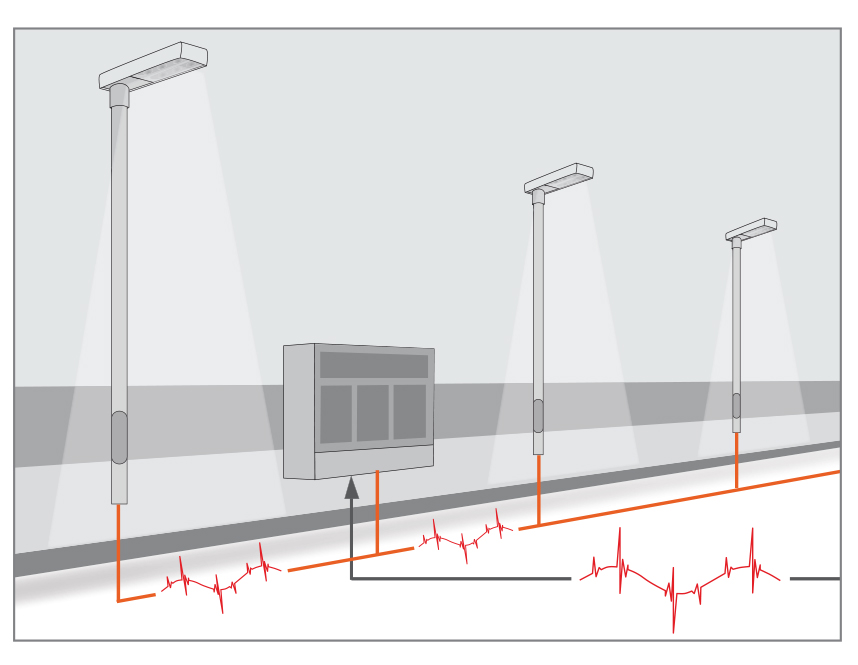 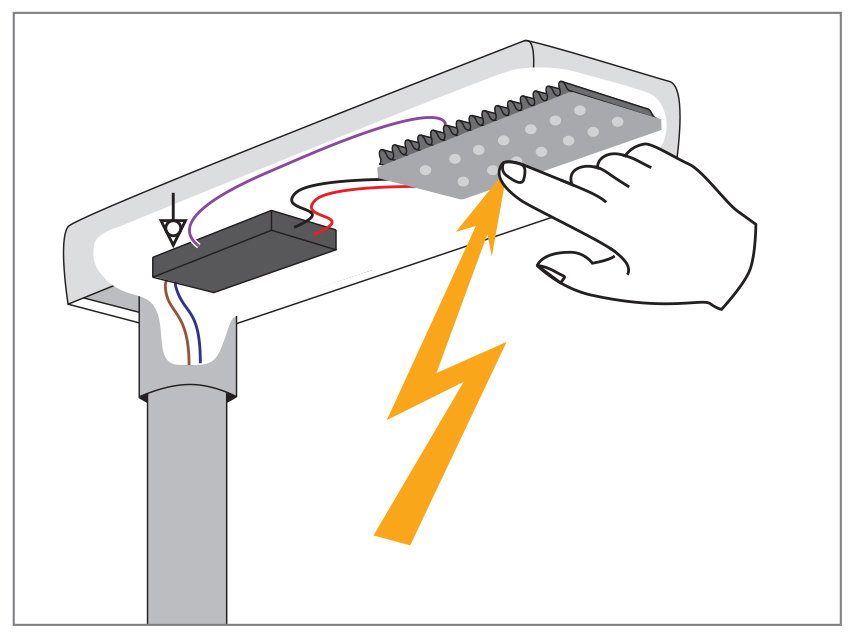 - Direct lightning strike in LED street lamp or power cord; the lamp is subjected to overvoltages up to 100 kV, the result of such an impact is usually the destruction of the lamp. 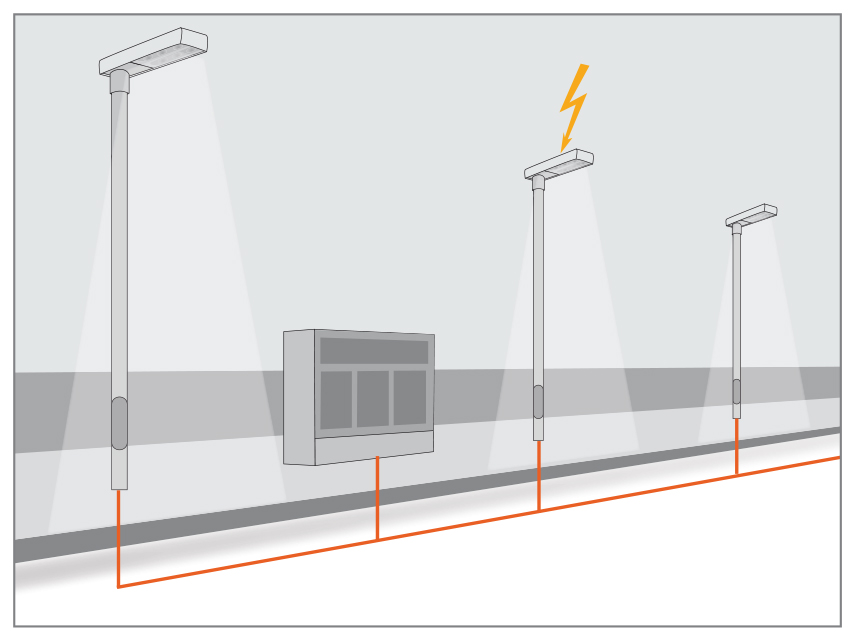 - Indirect lightning strike nearby (up to 2 km away), leading to galvanic, inductive and capacitive connections and, consequently, large induced voltages or currents. 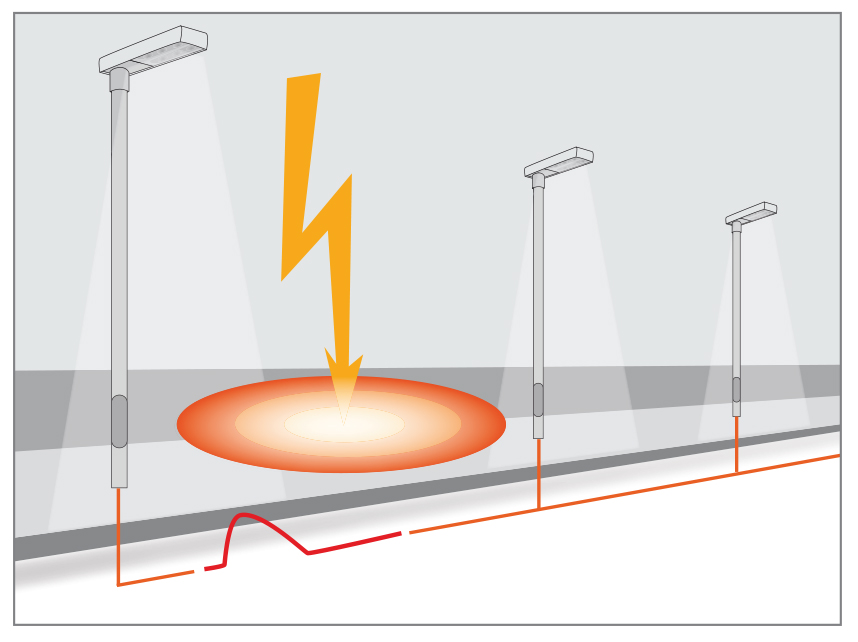 How to protect LED lighting from overvoltages: 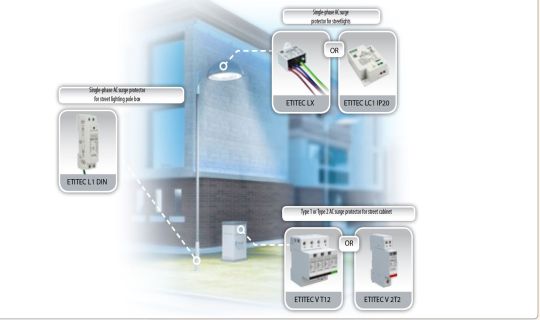 LED Lighting Power Protection:
Overvoltage protection (1st level) is installed in the distribution box, it is primarily about protecting the device from mains voltages caused by atmospheric discharges (partial direct and indirect shocks). Use a surge arrester type 1 + 2 (B + C), such as:
ETITEC V T12

This first level of protection in the event of a collision takes on a lot of energy generated by a lightning strike. It is known as the Iimp (10 / 350us) shock wave. 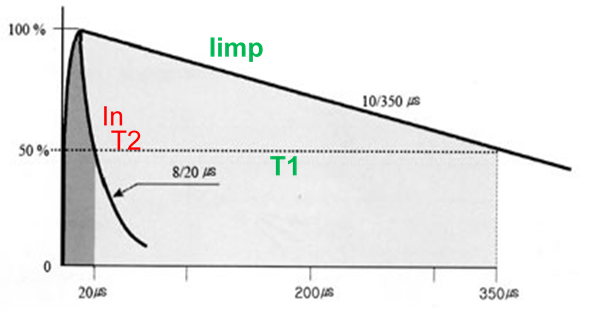 While the 2nd level of protection (protection of a single LED lamp) only works in the case of lower energies, i.e. indirect shocks (induced impulse voltage, capacitive couplings, device switches), shock wave In (8/20). The lamp is protected in two places:

1. Protection of the LED lamp in the distributor of each support column:
Use a type 2 + 3 surge arrester, preferably in a compact design (limited space), for example:
ETITEC L1 DIN code no:002442985,

2. Protection of the LED lamp:
It is installed in the lamp itself, we usually choose between the 2+3  type arrester, but of course it must be very compact, for example:
- ETITEC LC1 s šifro 002442980, 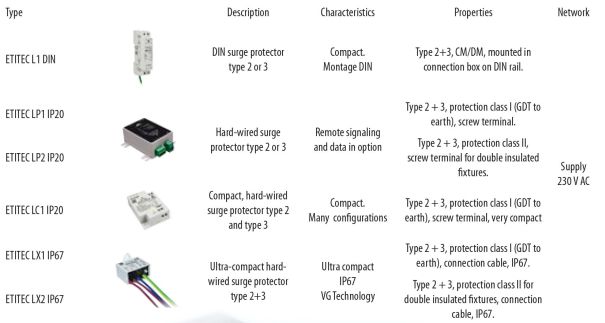