Battery storage system is a customized system, which means rated voltage, capacity and discharge rate are projected according to the customer requirements. Depend on project requirements correct fuse-links should be used. The following document is prepared for the explanation of important parameters which should be considered for battery storage protection. 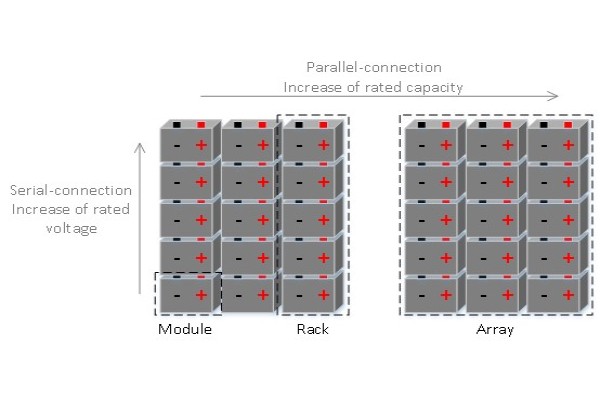 The example of a battery storage system

Connection topology and used values are just informative to show an example. 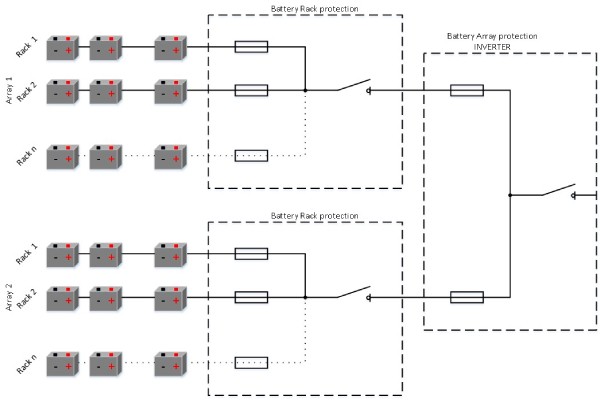 Resistance of a battery system 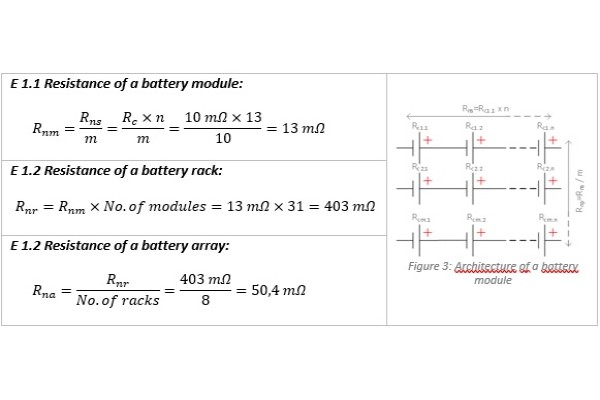 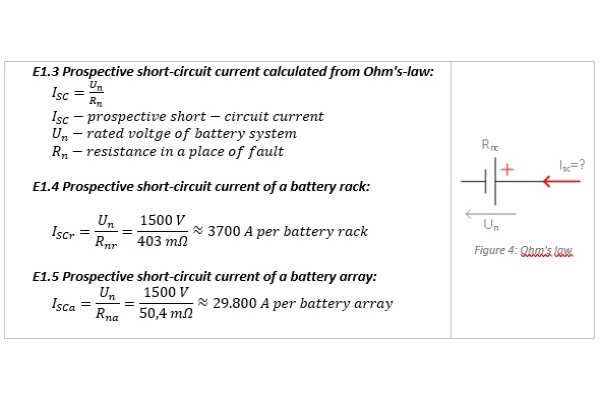 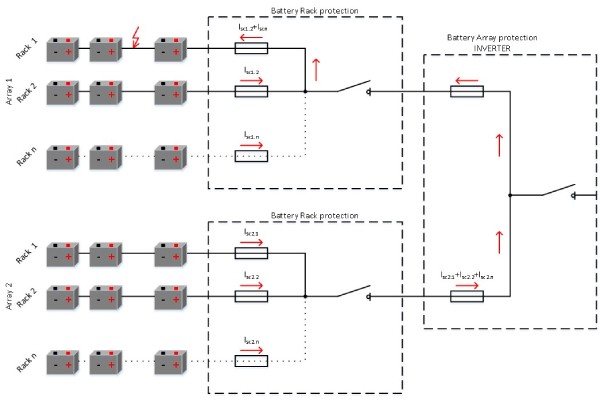 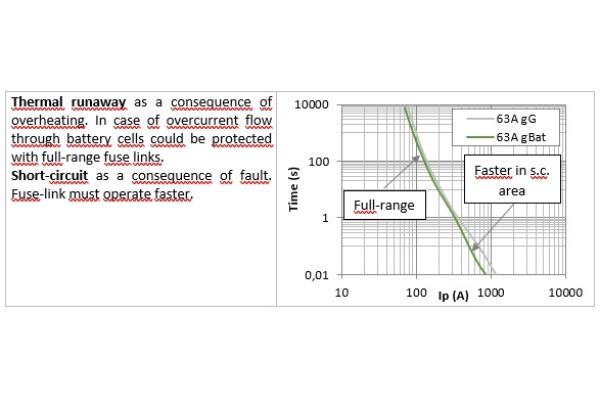 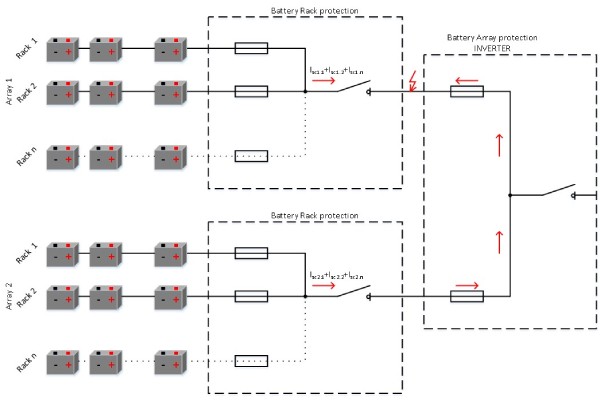 Because of the architecture of a Battery storage system, battery racks and arrays should be protected against damages in case of short-circuit current. This document shows the importance of high-level breaking capacity which could be reached protected with fuse links. With the development of battery cells, the resistance of cells is even lower. Because of that, a high-level breaking capacity of the protection device is required.The document shows that the correct architecture of a Battery storage system could avoid unwanted scenarios which could provide unwanted damages in the system.